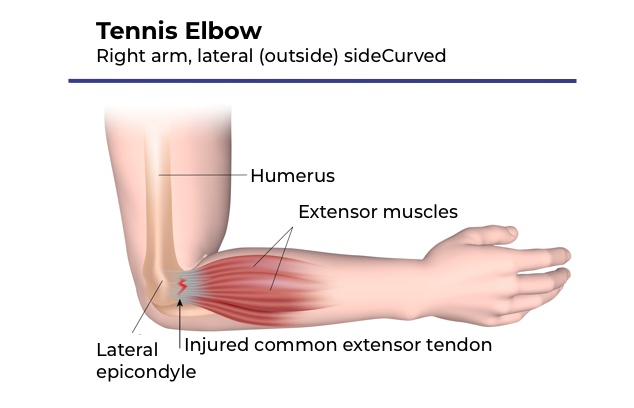 Tennis elbow or lateral epicondylitis is pain that is felt on the outside of the elbow due to the irritation of the soft tissue connecting the forearm to the elbow.

Tennis elbow occurs when the tendons on the outside of your elbow are overloaded, often due to repetitive movements of the elbow, wrist and/or shoulder. This causes your tendon to produce proteins which in turn leads to pain. There has been shown to be an inflammatory component to this condition, but there is still research to be done.

Tennis elbow symptoms generally develop gradually. It usually appears as a mild pain which slowly gets worse over time. There is usually no specific injury that can be accounted for before the symptoms occur. Tennis elbow usually occurs in your dominant arm, but both arms can be affected.

The name “tennis elbow” can be misleading as it is not only tennis players that get this condition. It is often seen in people that repetitively overload the area, such as plumbers, painters, fishermen, carpenters, butchers, seamstresses.

Due to your tendon’s poor blood supply, tendons take longer to heal than other soft tissues. Generally, you are looking at nothing less than 3 months, but it could go on for up to a year.

The treatment of choice is non-surgical. Here are a with a few options. It is important to get an accurate diagnosis from a trained professional to rule out any other causes of your elbow pain.

Stop or reduce any aggravating activities

Use of a brace such as the one shown in the picture below is a vital element of managing tennis elbow. It assists to offload the tendon. The brace can be worn during the day, but should be removed at night.

A lot of research still needs to be done around shockwave treatment on tennis elbow. Shockwave has been shown to be effective in treating other tendon issues such as gluteal tendinopathy. The shockwave machine sends shockwaves to the area being treated. These waves create micro trauma which, in theory, then recruits a quicker healing response from the body.

It is important to take all factors into account when treating a tennis elbow effectively. This may be the string tension on your tennis racket, grip size or the size of the head of the racket can all have an impact on the injury.

There is currently a lot of research being done on the effectiveness of PRP to speed up the healing process in tendon injuries. This is not currently funded by medical aid as there is very little evidence to show that it works. PRP is prepared from the patient’s own blood. It is put into a spinning machine where it separates components of the blood. A high concentration of platelets are extracted from the blood sample and re-injected back into the troublesome area. PRP is blood plasma containing concentrated platelets that your body can use to speed up the healing process. Some believe that these high concentrations of platelets can be important in the healing of tendon injuries.

As mentioned before, recovery can take anything from 3 months to a year depending on each individual case and how damaged the tendon is. People heal at different rates and there may be many different contributing factors.

It is important to remain patient throughout your recovery and don’t be tempted to do too much too soon.

For more information or to book an appointment a physiotherapist in Durban, please call  031 563 1314 or email physio@carolinehawkins.com

Use our new WhatsApp booking portal to book your next appointment with Caroline! physio@carolinehawkins.com 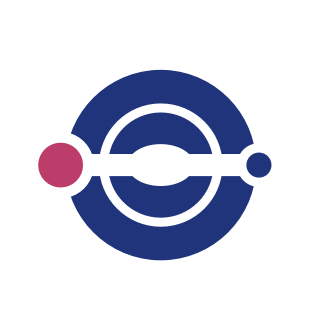 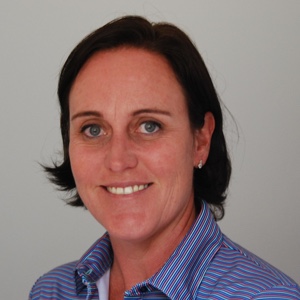 Physiotherapist Caroline Available from 06:00 to 21:00